There is a notable increase of workplace violence in a healthcare setting. It’s no wonder that healthcare professionals are looking for a better answer to combat workplace violence. Nearly a quarter of all nurses have been attacked in one way or another in the past year. There are almost as many violent injuries in the healthcare industry as there are in all other industries combined. Healthcare workers only make up 9 percent of the American workforce. These statistics make holdup alarms for dermatologist offices a must.

Why Use a Holdup Alarm for Dermatologist Offices?

There are a few scenarios where a holdup alarm for dermatologist offices would be useful.

One scenario where a holdup alarm for dermatologist offices would be useful would be in a basic assault situation. According to OSHA in 2013, 80% of serious violent incidents reported in healthcare settings were caused by interactions with patients. With this statistic in mind, there is undoubtedly an issue with patient – healthcare worker assault. Pair this with the fact that healthcare workers usually work alone, there is definitely a need for a holdup alarm in dermatologist offices.

Another scenario where a holdup alarm for dermatologist offices would be useful would be if a worker in the office needs help quickly. Perhaps a nurse is working alone with a patient who has a heart attack. With the CRS Notify holdup alarm, all people connected to the network would be made aware instantly that there is an issue that needs to be addressed.

A final scenario where a holdup alarm would be useful is in the case of imminent danger to healthcare professionals and patients. There have been a few recent cases where an assailant has entered a doctor’s office. One such case is when a man entered a doctor’s office in Hoover, Alabama, and demanded to see a doctor. He then used pepper spray in the waiting room when his request was refused. There was also a case in Fresno, California, with an active shooter. With the CRS Notify holdup alarm, the buttons are directly connected to 911 via E911 platform integration. Emergency personnel would know the moment a high alert is raised. This instance would cut out the middleman when getting in contact with authorities, saving valuable time in dispatch time when seconds matter the most. 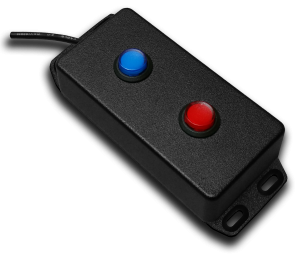 An incident response plan is just as important as a holdup alarm for dermatologist offices. How does the staff need to react in case of emergency? Depending on the type of emergency, it may not be advisable to hit the panic button right away. In fact, many safety and security personnel will advise against hitting the panic button during an active emergency if it is not safe to do so.

An incident response plan would be especially advisable for dermatologist offices that regularly see patients with limited mobility or mental abilities. What happens when the office needs to be evacuated quickly?

Contact us for more information to make the best decision for your holdup alarms.