Little known fact: the phrase “going postal” was coined because of workplace violence attacks on post offices. The first major publicized workplace violence incident in an American post office happened on August 20, 1986. Patrick Sherrill, 44, of Edmond, Oklahoma, shot at two of his supervisors. He then went on to open fire in the facility. 14 people were killed, six were injured. The assailant later committed suicide. Possible motives vary from an unsatisfactory performance review the day before, to the fact that the assailant was a relief worker and didn’t have the job security of his peers.

There was a recent case of post office workplace violence that occurred on December 23, 2017, that still weighs heavy on everyone’s minds. DeShaune Stewart, 24, of Columbus Ohio, a postal worker, opened fire on his direct supervisor, killing him. The assailant also traveled to the postmaster’s apartment and threw her on the ground, causing blunt force trauma, killing her. Police believe that the assailant blamed the two victims for impending dismissal from his position at the post office.

Ten Steps to Protect Yourself as a Post Office Worker

In the instance of having to contact emergency services, a panic button from CRS Notify is essential.

The Objectives of an Incident Response Plan 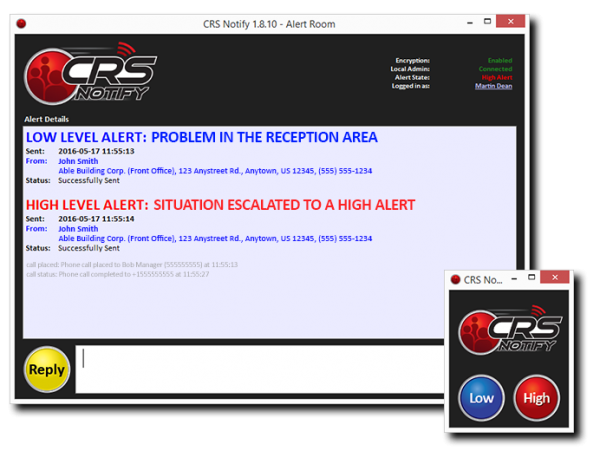 In conclusion, an incident response plan is essential for a post office to run day-to-day operations. Because workplace violence can strike any place, any time, preparation is key. Don’t let workplace violence get the best of you and your workplace!

Still Unsure About Workplace Violence in a Post Office?