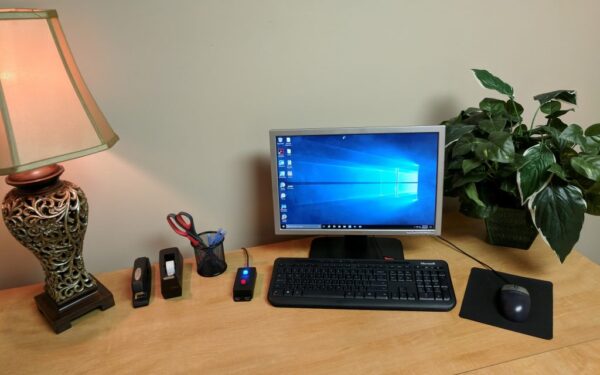 What is the Main Reason to Have a Panic Button for Office?

The idea behind having a panic button for an office is to lower the time between the onset of an incident and when responders are on the scene. This allows for quick crisis de-escalation, which lowers the opportunity of victimization. Responders are declaring traditional panic buttons ineffective because of the large time delay between alarm and response.

Does Technology Offer Solutions for a Panic Button for Office?

Yes! Technology has caught up and revolutionized the way people respond to situations. The increase in global in domestic terrorism creates a clear and imminent need to have a computer panic button for office. Many people believe mobile apps are the cure all for these types of situations. However, an app is not solely the best option. Think about if there was an emergency. Would you have time to find your phone, open it, and locate the app to raise a panic? Phone app panic buttons focus more on individuals rather than buildings and people inside. The key for an effective panic button for office is to lower the notification time to responders. Integrating internal and external notifications means that the alarm notifies everyone within the office while alerting responders at the same time.

How Much Should I Budget for a Panic Button for office Floor Plans?

When researching a computer panic button for office, try to find one that offers free system updates. A computer panic button for office does not work to its fullest potential if it is outdated! Like your business, technology is continually changing. Look for a scalable system that meets your exact needs. Surprisingly, the technology-driven office panic buttons are usually priced three to one less than the traditional panic buttons while offering several other innovative features that can easily be molded to your particular needs.